The connection between loneliness and serious health conditions

Loneliness is a significant health threat to millions of people. It’s not just a feeling and is not the same as social isolation. Chronic loneliness is a condition that changes the brain and puts those impacted at higher risk for serious health conditions and early death.

Due to an increase in research and changing perspectives within the health care community, the connection between loneliness and serious health conditions is becoming more apparent. Evidence-based treatments and their compelling results also demonstrate the correlation between the two.

In this post, we will review the data and provide insights into how Medicare and Medicaid plans can address the silent killer of loneliness: 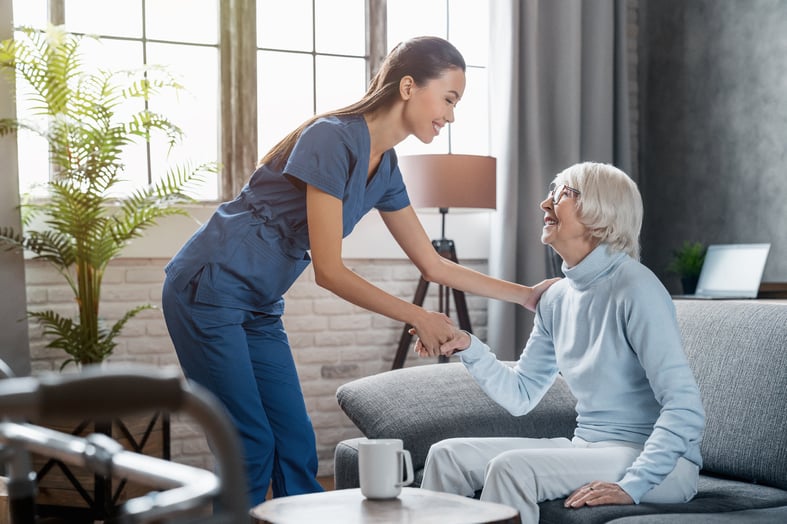 Loneliness is a public health emergency

The idea of loneliness as a health condition had some traction before 2020, but the COVID pandemic made it much more prominent. The World Health Organization (WHO) even began to spotlight loneliness. However, although higher levels of loneliness were reported during the pandemic, it already impacted many people's physical and mental health long before 2020.

The increase in research around loneliness and the findings that it can have detrimental health effects have brought it to the forefront of the health care community.

Research demonstrates how loneliness links to serious health conditions. Loneliness may be common, but that doesn’t mean it’s understood or treated. When it’s not, people can fall under the “loneliness effect.” It’s often lumped in with social isolation, but they are not the same. A person might be lonely even when surrounded by people. So how does loneliness impact physical and mental health?

Loneliness is a stressor in the body, interpreted as a threat. Those suffering from persistent loneliness are in fight, flight or freeze mode. In turn, their body increases cortisol production. At normal levels, cortisol supports the cardiovascular and immune systems. However, with consistent elevation, there can be deregulation, contributing to heart disease, diabetes, cancer and other diseases.

In the same way that loneliness can lead to increased cortisol, it also stimulates the inflammatory process. This issue can become chronic, leading to a host of health issues. New research confirms the connection between loneliness and chronic inflammation. Scientists studied chronic inflammation biomarkers and compared them among groups. Isolated-lonely individuals had the highest levels of the biomarker neutrophil-to-lymphocyte ratio (NLR).

Loneliness also affects cognitive function. The lonely brain works differently than others. Because the brain is under inflammatory responses and stress, it’s in a pattern of sensing threats in social interactions. The lonely tend to misread facial expressions and tone of voice, creating a distorted reality. As a result, cognition can suffer. A study concluded that older adults who are lonely and isolated show poorer cognition. Additionally, a National Academies of Sciences, Engineering, and Medicine (NASEM) report showed that loneliness could raise the risks of dementia by 50 percent.

Lonely hearts are at risk as well. The NASEM study found that poor social relationships increase the risk of heart disease by 29 percent and stroke by 32 percent. Much of this ties back to patients not following post-incident treatment plans or not managing hypertension. Disengagement of the individual and the absence of strong social connections lead to dire outcomes, increasing the risk of hospitalization by 68 percent and emergency department visits by 57 percent.

The NASEM study also detailed loneliness’ role in depression, anxiety and suicide. Not all lonely people have a mental illness, but it does elevate the risk. The report calls the relationship between depression and loneliness “bidirectional.” The more intense loneliness becomes, the more deeply people fall into depression.

This research identifies loneliness as a threat. So how can you help members suffering from loneliness with evidence-based treatment?

Medicare and Medicaid plans are realizing that loneliness treatment is something to prioritize. In many cases, lonely members often end up in emergency departments, the most expensive care, because the member does not have the capacity to prioritize their health earlier.

Many programs to address loneliness have relied too heavily on it being a social isolation issue fixed by companionship. Companionship can be helpful, but is often intermittent and inconsistent. A program that has a greater impact provides both access to human engagement and technology to offer support and resources.

To begin your plan’s multi-pronged approach to treatment, you’ll need to first determine who is lonely and what social determinants of health (SDOH) amplify that loneliness. Understanding health disparities and inequity is essential as well.

Gathering insights on these components requires member engagement, which is often lacking for the lonely. So, your first action must be to identify the lonely. The best way to do this is by using both technology and human connection. Such a program gauges those who suffer from chronic loneliness, so you can provide them with evidence-based treatments.

Results of this type of program include decreased loneliness and depression, greater engagement, and increased adoption of health plan and community resources. The marrying of technology and human connection enables you to scale the treatment and empower members to break free from the chains of loneliness.

Get even more insights on addressing loneliness through technology and human intervention in our whitepaper, Addressing Loneliness for Members and Their Plan.

Have questions about MVNU, our program, or how we can help you succeed. Fill out the form and an enrollment counselor will reach out to you soon!

Subscribe to our blog to get updates straight to your inbox.

Cost containment in health care: 5 strategies to help plans save

Get the latest information on how to reduce loneliness and improve health at scale straight to your inbox.